Every year, several meteor shower outburst happen. Many can be predicted, as long as past observations of either the parent body (a comet or an asteroid) or past meteor shower activity has been observed. In particular, IMCCE is specialised in the forecating of meteor showers regular and outburst activity. In spite of the spread of many meteor observation networks in the past few years, meteor outburst may not be observable from one particular location on Earth. For example, it might be daylight at a network location right at the time of the outburst. Or the shower radiant might not be risen at the time of the shower. Or even the whole network might becovered by clouds... (see also the Murphy's laws of meteor astronomy...).

For all these reasons, when a particular meteor shower outburst is predicted, it is extremely useful to be flexible enough and deploy meteor observation means nearly anywhere in a timely way. A double-station is desirable in order to make the most of the campaign.

When deploying a mobile meteor observation network during past campaigns, getting the whole setup ready for the observations usually takes a lot of time (about 1hr at least). Same to remove the instruments at the end of the night. The whole setup might end up being quite messy. In addition, unless the instruments and computers are untouched between two observation campaign, it might be needed to configure each and every setup again. Moreover, it is easy to forget or loose a crucial piece of hardware.

In order to ease the deployment and the configuration of many meteor cameras at once, we have developed the Mobile Observation of Meteors" (MoMet) project. The principle is to embark 5 meteor observation cameras in (at least) 2 suitcases and quickly setup a multi-station network. 2 wide field of view cameras (for meteor activity and SFD measurement purpose) and 3 narrow FOV cameras (for trajectory and orbit determination) are easily and quickly deployed and oriented in an optimal manner. The cameras are controlled with mini-computers (Odroid XU4Q or RaspBerry-4). Power is centralised and might come from a car battery. A switch allows the communication between the user and all the mini-computers. A GPS antenna provides the location and UTC time. 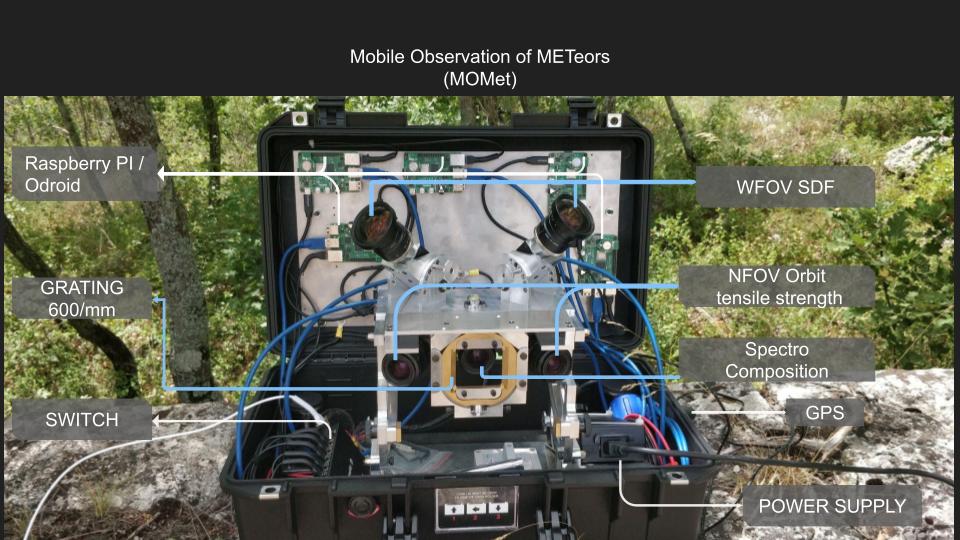 The meteor detection sofwtare is RMS. A user interface was developped by P. Da Fonseca (IMCCE/EPITECH). It allows the user to perform the pointing and focus of the cameras, to set the computer UTC time, to set up the RMS configuration and overall to monitor the observation. 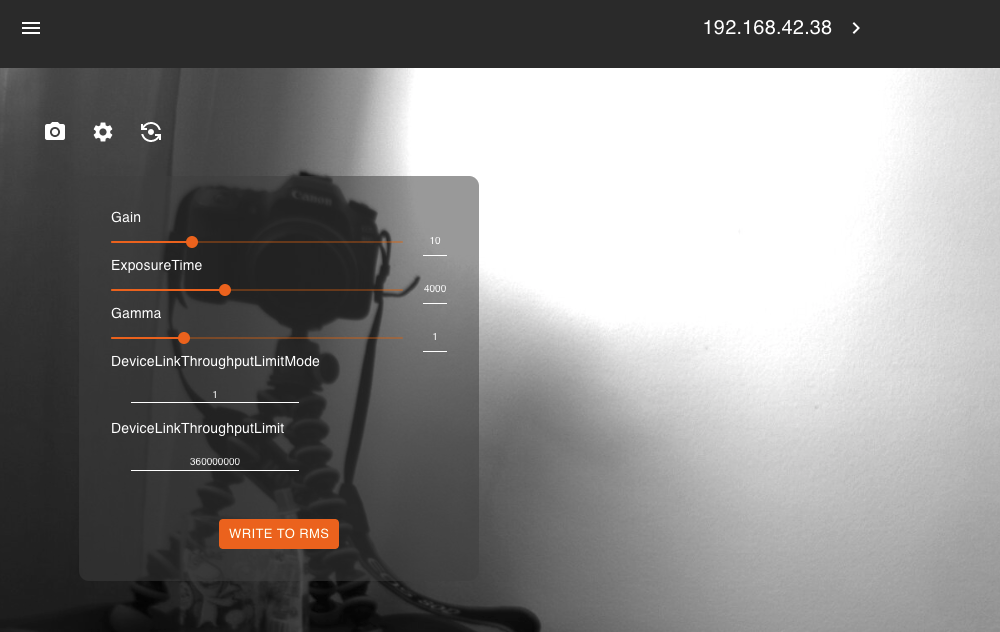 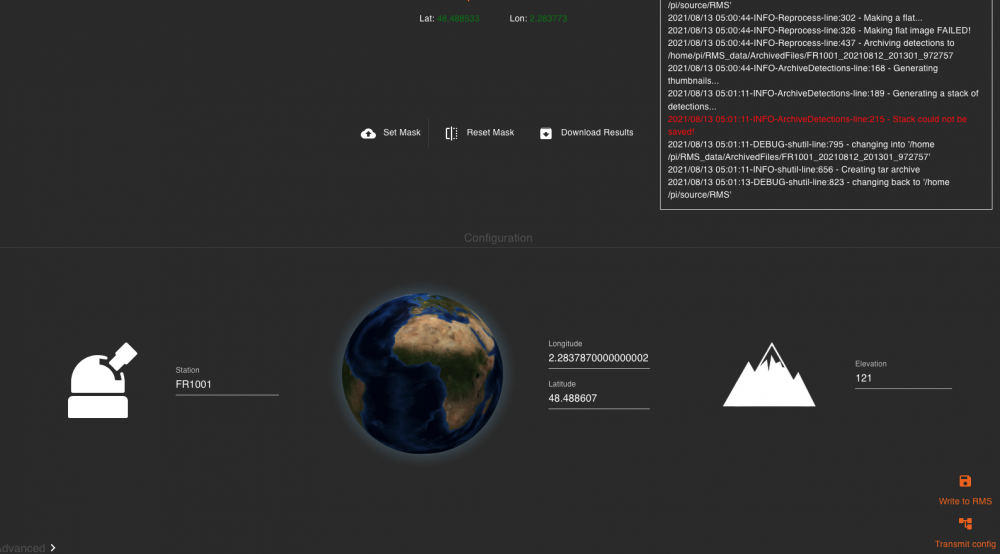 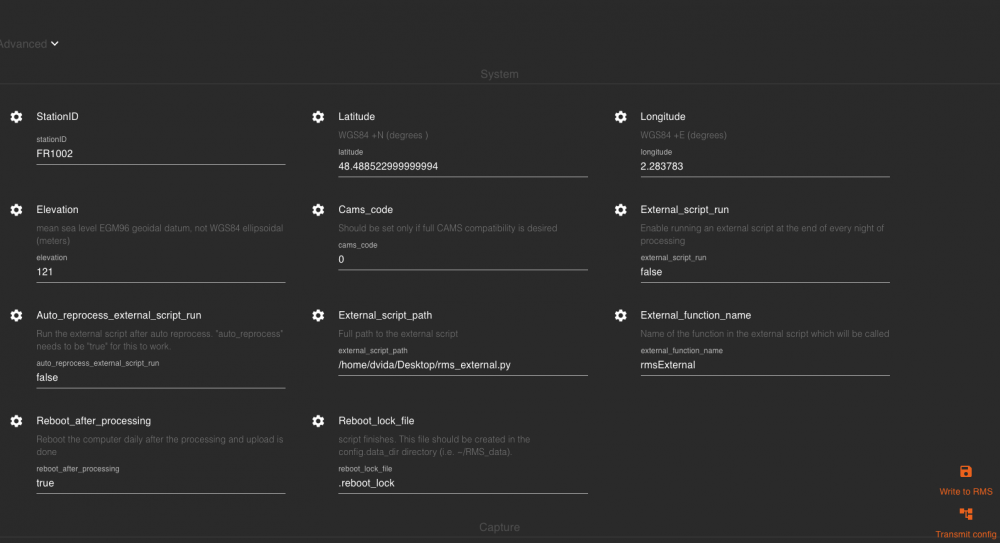 The MoMet device was first presented at the 2021 International Meteor Conference.

The MoMet device (2 suitcases) was successfully deployed for its first scientific campaign for the 2021 Arids meteor shower outburst. It is intended to be used next for the 2022 tau-Herculids outburst.

Back to PEGASE meteor pages